Co-regulation – Is it possible in online spaces? 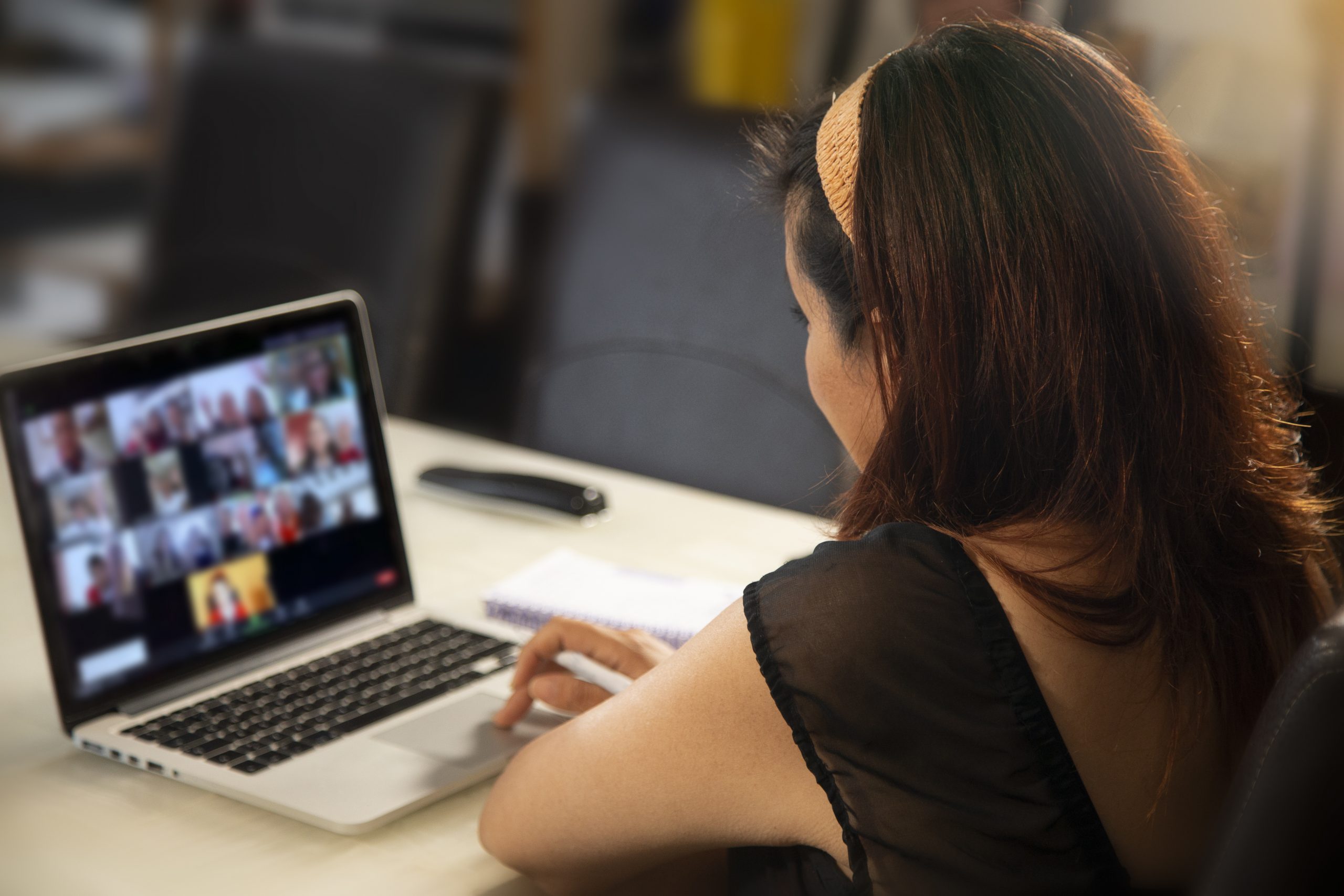 A few weeks ago, I was in a FaceTime conversation with my friend Saleha, who’s just completed a master’s degree in counseling psychology. As we always do in our conversations, we were going deep into our past trauma, our families of origin, and the most recent breakthroughs we’d had with our therapists. While we were chatting, Saleha was sitting outside on her deck and I was in my bedroom.

Part way through the conversation, something Saleha said activated my old trauma and I became dysregulated. Saleha, being as perceptive as she is, recognized what was happening and tried to help me figure out what the source of the activation was. As we were speaking, she got up from where she was sitting, walked inside, and settled into a cozy chair in her bedroom. Soon after that, my dysregulation settled and we carried on with the conversation.

It was only afterwards that I pieced together what had happened and realized what Saleha had done to help me settle. Seeing my distress, she’d changed her location to one that felt more enclosed and therefore more safe. Being inside also meant that she could speak more quietly and in a more soothing tone of voice (not patronizing, just calmer).

Saleha has been doing online therapy for quite a while, so she was conscious in her response to my dysregulation. I asked her later and she said that, yes, she’d done it intentionally.

I’ve been doing coaching and facilitation work online for ten years, and for the past five years I’ve been teaching hundreds of people via Zoom how to hold space. I know that there is much more potential for deep and meaningful conversations in online spaces than a lot of people assume. However… until now, I wasn’t certain whether co-regulation was really possible via a two-dimensional screen. Not that I haven’t seen people find their way back to stillness while on a Zoom call (and it’s happened for me too) – I just wasn’t sure if it was self-regulation or co-regulation that was going on.

Co-regulation, which is a concept that is used primarily when talking about children, is what happens when a person tunes in to another person’s dysregulated emotional state (when stress, trauma, fear, anger, etc. gets activated) and provides them with calm and loving support to help them return to a more regulated state. It’s part of what it means to hold space for another person – to offer them a safe container so that they can move through their big emotions without causing harm and can bring themselves back to equilibrium. It’s an intuitive, somatic exercise and is more about modeling mindful breathing practices, offering soothing touch and compassion, and about being fully present and attentive than it is about the words spoken.

After my conversation with Saleha (and a recent similar experience with my therapist on Zoom), I’m feeling much more confident that it can happen and I’m curious what more there is to learn about it. I went digging, to see who’s writing about it or researching it, but the resources I found were quite limited. (Also, most people talk about co-regulating with children and I am more interested in how we can co-regulate with other adults.)

I think we can start with the wisdom I gained from Saleha. We can start by really tuning in to what we sense in the other person’s body. We can check in with them, not trying to interpret or place judgement on what we see but asking them if there’s something going on that they want to talk about. We can adjust our physical locations to support more safety and comfort. We can speak calmly and with intention (not filling the air with too many words) and welcome more pauses into the conversation. We can change our body posture and be intentional about our breathing. And we can (as my therapist did) encourage the person to drop more fully into their body by putting their own hands on their arms or face, or taking a short break in the conversation to walk barefoot in the grass or dance around the room.

While I am now more convinced that co-regulation is possible on video platforms, I remain skeptical about the possibility for it on social media or email, especially when we only have words on the screen to respond to. Most of us have had at least one experience online where something that might have felt relatively innocuous from our perspective activated another person and things fairly quickly erupted into a conflict. (Or we were the person activated and nobody else understood why.) That seems to have become a normal occurrence for anyone who spends time online.

These are situations where people don’t have the benefit of reading body language, of picking up on the nuances of what’s been said and/or what’s been triggered in a person, or of tuning in to another person’s body signals that might reveal the dysregulation. We sit behind our own screens getting activated by each other’s words and, more often than not, there’s nobody within reach who can help us soothe whatever has been triggered in us. Instead, there are often people who contribute to the activation and sometimes a pile-on starts to happen and it’s like someone has lit a powder keg. And when we don’t take the time to self-soothe and move out of fight, flight, or freeze, we can very quickly do harm to people we wouldn’t otherwise want to harm.

This is why I try to put boundaries around online conversations that have the potential for volatility. It’s also why I’ve learned to (most of the time) take myself out of triggering conversations so that I can find my way back to equilibrium and more calm thinking. Rarely have I found that anything other than self-righteousness is served in those kinds of online conversations. If you have a tendency toward dysregulation, then I would suggest a similar approach of pausing and stepping away. Social media can be a minefield for those of us with hyperalert nervous systems, especially if we lack self-soothing practices and/or don’t have trusted people with whom to co-regulate.

Social media is still in its infancy and, in the grand scheme of things, we haven’t had access to video calls for very long, so I think there is still much to learn about how to be in life-giving relationships in online spaces and how to co-regulate with each other when we can’t touch. I encourage us all, especially those of us who do coaching, therapy, or facilitation work online, to continue to think about how we can best support each other and maintain healthy boundaries while we do so.

Join us in the Holding Space Foundation Program for more learning about co-regulation and the part it plays in holding space.

← The dance between safe space and brave space Dancing with power →