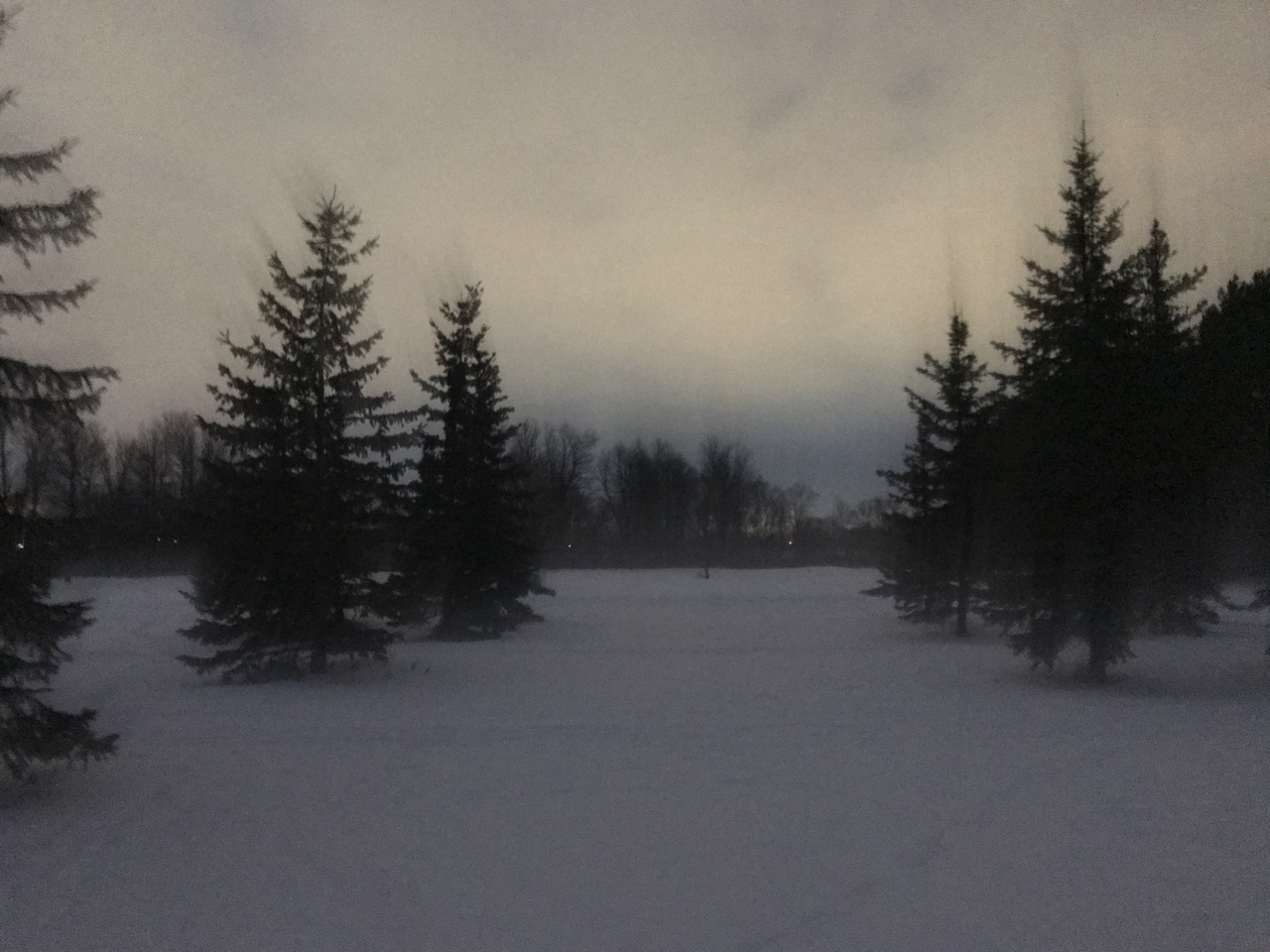 I have a three-fold spiritual (and mental health) practice that I like to call “wonder-wonder-wander”. It has become especially relevant to me in recent months while this pandemic winter drags on and threatens to drag me under the waves of melancholy and despair. When I commit time to this practice every day, it helps me stay afloat.

First, wonder as a noun… “a feeling of surprise mingled with admiration, caused by something beautiful, unexpected, unfamiliar, or inexplicable.” I try to be intentional, each day, to adopt a sense of wonder, to open myself to the unexpected, to pause for beauty, and to marvel at the unexplainable.

In the language of the mystics, this involves “third eye seeing”. Richard Rohr describes it this way:

“Three men stood by the ocean, looking at the same sunset.

“One man saw the immense physical beauty and enjoyed the event in itself. This man was the “sensate” type who, like 80 percent of the world, deals with what he can see, feel, touch, move, and fix. This was enough reality for him, for he had little interest in larger ideas, intuitions, or the grand scheme of things. He saw with his first eye, which was good.

“A second man saw the sunset. He enjoyed all the beauty that the first man did. Like all lovers of coherent thought, technology, and science, he also enjoyed his power to make sense of the universe and explain what he discovered. He thought about the cyclical rotations of planets and stars. Through imagination, intuition, and reason, he saw with his second eye, which was even better.

“The third man saw the sunset, knowing and enjoying all that the first and the second men did. But in his ability to progress from seeing to explaining to “tasting,” he also remained in awe before an underlying mystery, coherence, and spaciousness that connected him with everything else. He used his third eye, which is the full goal of all seeing and all knowing. This was the best.”

This winter, I discovered that, at dusk, deer often gather on the frozen river that’s just a block from my house. Part of my wonder practice has been to bundle up against the cold and head outside in the dusty grey after sunset to stand at the river’s edge and watch for deer. Some days there are as many as a dozen ghostly shapes that come from all directions to congregate on the ice. Often, when they spot me across the snow, they pause and stare at me and we stand for a few minutes of stillness, gazing into each other’s eyes. In those moments, I see with my third eye.

Second, wonder as a verb… “desire or be curious to know something.” When I adopt a sense of curiosity, and I pursue greater knowledge of those things that I don’t yet understand, it helps me to feel alive and young and open-minded. Curiosity helps to ward off judgement and cynicism and invite in joy and passion. It’s not the kind of curiosity that needs specific answers to big questions – it’s simply the kind of curiosity that pushes me to learn more, to ask more questions, to explore, to rethink assumptions, and to have my eyes open to new ways of seeing and experiencing the world.

I have read multiple studies about how curiosity contributes to people’s success. In one study, groups of people who approached a task with a question (i.e. Will I complete this task?) stayed with it much longer and didn’t give in to frustration nearly as quickly as those who approached the task with a declarative statement (i.e. I will complete this task.) In another study, entrepreneurs who were trained to start new businesses with a scientific mindset (i.e. setting up experiments to test hypotheses) made far more money in their first year of business than those who were trained to start with confidence in and attachment to their original idea.

I don’t follow my curiosity just because it’s a good business model, though. I follow it because it helps me feel connected to and engaged with the world. Lately, my curiosity has led me deeper and deeper into the woods after dark (especially on cloudy nights when some of the city’s lights are suspended between the clouds and the snow in a pinkish-grey glow that blurs the edges of the shapes in front of me). My curiosity has also led me to interact more and more with the creatures I encounter in the woods. Just yesterday, when a couple of chickadees flew near me, my curiosity led me to put out my hand and one of the chickadees landed on my outstretched hand. Then another one landed on the scarf at the back of my neck and pecked at my hood.

And third, wander… “walk or move in a leisurely, casual, or aimless way.” Wandering goes hand-in-hand with wonder. At least once a day, I go wandering, either with my feet or with my mind (and often both simultaneously). Most days I go for long meandering walks with no particular destination or goal. On these walks, I try to stay in a state of wonder, pausing to stare at unique shapes in the bark of a tree or in the clouds. Sometimes I sit by the water (at this time of the year, it’s frozen water), or sometimes I lie in an open field for a while and stare up at the sky.

Wandering feels like a pilgrimage – going out on a quest for whatever gift is available to me in the world. In labyrinth walking (a microcosm of a pilgrimage), there are three stages of walking – release, receive, and return. On the path inward, we release all that no longer serves us. At the centre, we stand empty and open, ready to receive the gift that awaits us there. On the path outward, we return to our homes and our villages to bring the gift back to the people in our communities.

Wandering helps me to release whatever tensions I hold in my body each day. With each breath and each step, I let go of my worries over my work, the stress of parenting, and the heavy weight of this pandemic. Somewhere on the path, I am sure to find some gift – probably when I pause in a moment of wonder. The gift might be the stillness I find when I’m alone in the woods after dark, or when I stop to stare at deer at dusk, or when a chickadee lands on my hand. Then, when I am full of the goodness of the gift, I return to my home, refreshed and reenergized for my work and my relationships.

There is no clear delineation between the three parts of this practice – wonder, wonder, and wander are all intricately woven together, often showing up simultaneously at whatever time of day I set aside my work and head out the door to the nearest park, riverbank, or wooded area.

In a normal year, when I am free to travel and explore the world as I love to do, it’s not hard to embrace this practice of wonder-wonder-wander. A state of wonder is almost a given when you sit at the foot of a redwood tree or stare out at the vast ocean from a perch high on a rocky cliff. But to embrace a state of wonder when the world looks the same every day, and the pandemic adds a grey monotony to the landscape, takes a lot more intention and commitment, especially in a prairie city in winter. It is now, in these times, though, that I need this practice the most, and so I dig deep for my internal reserves of wonder and I focus on the minutiae of variation from day to day (the sunset, clouds and deer continue to offer variety, for example).

You might simply think of this as a form of mindfulness practice, but I also like to think of it as mind-empty-ness practice. In a sense, it’s an intentional daily quest for a moment of liminal space when anything can show up to surprise me.

I am fortunate to have places to wander not far from my house, and I have an able body that carries me into the woods. If those things are not true for you, you could find ways of adapting this practice to whatever your circumstances are. Perhaps you can only wander in your mind? Maybe it would help to watch a video that introduces you to aspects of the natural world that invoke a sense of wonder, like My Octopus Teacher or Disney’s Oceans or Earth. Or listen to the incredible soundscapes of Gordon Hempton. Or I’d also recommend listening to the beautiful violin music that Oliver Shroer wrote and recorded while he walked the Camino de Santiago (the recording includes some of the ambient sounds from the pilgrimage, like cow bells and people’s footsteps).

P.S. The audiobook version of The Art of Holding Space: A Practice of Love, Liberation, and Leadership has just launched! You might want to listen to it while you’re wandering!