When shame-brain meets the mistake monster 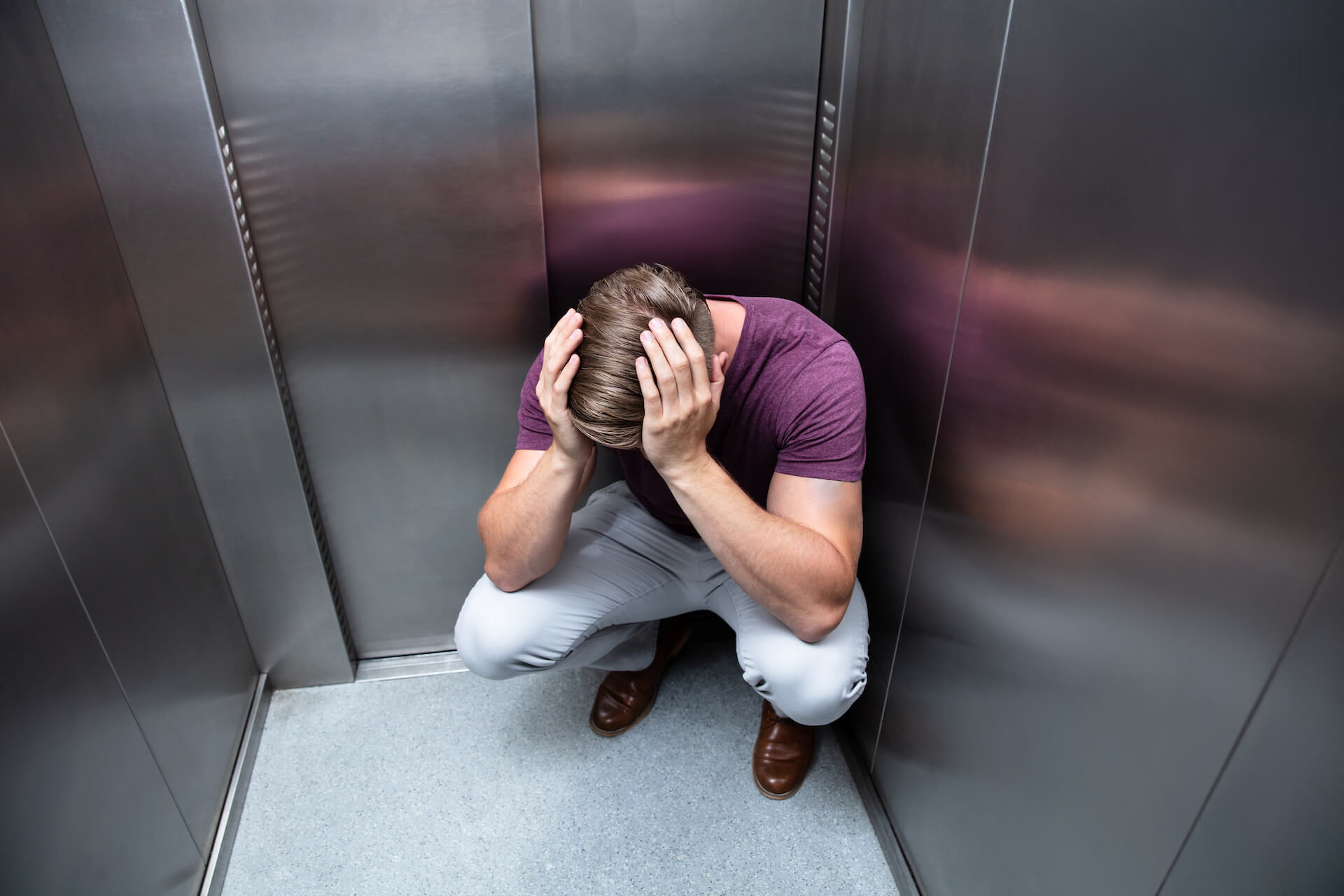 I cut off someone in traffic recently. It was completely my fault. I wasn’t paying enough attention and drifted into the other lane when mine was suddenly blocked off for construction. The moment I realized what I’d done, though, shame-brain quickly tried to find someone else to blame. “Maybe the other driver was going too fast. Maybe it was the way the construction  pylons were placed on the road that made it difficult to know where the lanes were.”

Shame-brain isn’t very good at holding space for mistakes. In fact, shame-brain turns all of those mistakes – even the ones that are very human, relatively harmless, and completely accidental – into monsters that have to be banished from the kingdom. Because those monsters are threats that might topple the foundation that the kingdom was built on.

From shame-brain’s perspective, mistakes are dangerous.

A mistake makes me question my own value, safety, and belonging. If I MAKE a mistake, perhaps it means that I AM a mistake. And if I’m a mistake, people will stop loving me. I will be abandoned. I’ll be lonely and unprotected. I’ll be a failure. I’l lose my place in society and I won’t be able to get a job or find love. Yes, shame-brain can take even the simplest mistakes to extreme consequences in an instant.

Mistakes are human. In fact, they’re important pieces of information that help us learn and grow. Consider a child who’s learning to ride a bike – when she falls a couple of times, she’ll realize that the action that resulted in the fall shouldn’t be replicated and she’ll adjust accordingly and probably do better the next time. The same is true in school. When a student makes a mistake on a spelling quiz, he will (hopefully) spell that word correctly the next time.

I think, though, that it’s actually in the school system that we begin to be taught that mistakes aren’t just valuable pieces of information that help us learn, they are punishable offences that brand us. When we make a mistake on a test, we rarely get a chance to try again. Instead, that test mark goes into our final grade and we live with the mark of those mistakes forever. Tests don’t teach us how to learn and grow – they teach us that the person who makes the least mistakes wins. (It was a great source of frustration for me, when I taught in a university setting, that so much emphasis was placed on how to get good grades rather than how to learn.)

This is accentuated by our legal system. Mistakes are rarely treated as opportunities for growth – they are offences punishable by law that often go onto your permanent record. Instead of offering opportunities for repair, restitution, and restoration, we pass out judgements and lock people behind bars. Three of my friends have recently navigated (or are currently navigating) the legal system with their sons whose offences occurred in their formative teen years. These young men (some of whose actions did, admittedly, harm other people) are not being taught repair and restitution. They are learning shame. They’re learning just how much they can be “banished from the kingdom” for making mistakes. The same is true for one my friends who has been living under the shadow of an unfair legal conviction that makes it difficult for her to sign a lease or get a job. She has told few people of this part of her story because of what she risks losing as a result. Some mistakes (or appearances of mistakes) are costly.

Shame, the way we in western, colonized cultures, experience and express it, is deeply rooted in a culture of dominance (ie. patriarchy, white supremacy, colonization, etc.). In a culture of dominance, the person who’s seen to be the least flawed (NOT the person who IS the least flawed, but who can rig the system to ensure that they are SEEN TO BE the least flawed), dominates. The person with the greatest amount of shame is oppressed. Shame is heaped on the people on the lower levels of the system – BIPOC, women, LGBTQ+, etc., so that they can be dominated. They’re locked up for minor offences, they’re shamed for wearing the wrong clothes or having sex with the wrong person, they’re blamed for their own poverty, they’re ostracized for contracting AIDS, etc.

“Perhaps the act of ‘psychological colonisation’ is simply the process of shaming another culture.” from this article

In a culture of shame, mistake monsters are easily created. In fact, nobody needs to create them for us. After a lifetime of social conditioning, we can be counted on to create those monsters all by ourselves. Nobody was in the car with me when I cut off the other driver – and yet, the mistake monster showed up quickly to haunt me.

In the Maori culture (according to this article by Anahera Gildea), shame is treated differently. “The root word for shame in English means ‘to cover oneself’. Like with blankets, maybe. Or mud. Or hatred. To be camouflaged in a thicket, on a bank, or in the darkness of the night. Māori do not hide their shame. Nor their grief. It is visible to themselves and others because it means they have become dislodged, disconnected, from their ‘whakapapa’ (loosely translated as ‘lineage’).”

Shame, then, in the Maori understanding, is not associated with punishable offences you can’t recover from, but a reminder of how your actions have disconnected you and how you now have an opportunity to be restored.

I am left wondering, when I consider the damage shame-brain and mistake monsters are doing to all of us in non-Indigenous, colonized cultures… how do we create a mistake culture – where mistakes aren’t monsters but friends? How do we shift attitudes away from “mistake as punishable offence” to “mistake as valuable information for growth”? How do we focus not on the danger of the mistake, but on the possibility for reconnecting ourselves?

What if we treated mistakes as “miss-takes”, the way we do when we’re taking photos?

Over the weekend, I went with my sister to visit the town where we grew up. Because they are such fleeting flowers and are so connected to our youth, we took dozens of photos of crocuses. Some of those photos were miss-takes – they came out blurry, the angle was wrong, or they were over-exposed. Those photos could later be deleted from our cameras. But they weren’t just miss-takes – they provided us with valuable information about how to change the angle, the light, or the focus. Those miss-takes helped us eventually take a few photos we were proud of. They helped us find greater connection with the crocuses and with the land on which we’ve wandered since we first learned to walk

In the Stó:lō Nation (Indigenous to Canada), their restorative justice practices are built on an understanding of mistakes as “miss-takes”. As in the Maori culture, they see the mistakes as signposts that indicate disconnection, and that point toward an opportunity for restoration and reconnection. They don’t, in fact, have a word for justice. Instead, Stó:lō Elders created the word Qwi:qwelstóm kwelam t’ ey (qwi:qwelstóm) – roughly translated as, “they are teaching you, moving you toward the good”. “It is a concept of ‘justice’ centered upon the family and reflects a way of life that focuses on relationships and the interconnectedness of all life. It has four key elements: ‘the role of Elders; the role of family, family ties, and community connections; teachings; and spirituality.’” Justice, in a culture like this, is not a system of punishment, it is a way of re-connecting those in conflict with their higher selves and their spiritual guides. (Source: Indigenous Centered Conflict Resolution Processes in Canada, by Nisha Sikka, George Wong, and Catherine Bell)

What if we decolonized our culture and we let the Stó:lō Nation and the Maori Nation teach us about justice systems that restore right relationships and bring people back to themselves? What if we recognized the flaws in the colonial system of “justice”, humbled ourselves, and became learners instead of colonizers? And what if we extended that learning beyond justice to our education systems? How would it change the learning environment if we changed our testing practices and treated mistakes as valuable pieces of information that helped a student come into the fullness of who they are and what they are capable of? What if we removed the sting of shame and accepted, instead, a collective responsibility for restoring the community?

Recently, I have witnessed some mistakes made by white spiritual/self-help teachers who lack an awareness of their social conditioning and unconscious bias. They are causing harm to people of colour (by images and words that they use and actions that they take), and when they do so, their first instinct is often to defend themselves and/or to hide their shame. They don’t yet understand that the impact of their mis-steps is more important than the intent, so they try to convince their followers that they are good people, worthy of continued admiration. They are afraid the mistakes will destroy them – banish them from the kingdom and leave them penniless.

I get it, I’ve been there too. I made a mistake once, while doing race relations work, and my shame reared up (just as it did when I cut off that person in traffic) and made me want to use every means possible to protect myself from the mistake monster. Luckily, I was working with people who were less interested in my mistake than in my continued efforts to seek reconciliation and restitution. The mistake did not kill me or banish me from the kingdom – it taught me and further shaped my work. Now, three years later, I am grateful for that mistake and the opportunities for growth it presented.

We are going to make mistakes. Accept that as a given. Especially if you’re doing work that challenges you, holding space for people in places where there may be power imbalances, deep wounds, trauma, racial injustice, grief, fear, etc., occasionally you’ll offend people, you’ll let your own triggered wounds take over your rational mind, and you’ll be blind to your social conditioning. Even when your best intentions are to be kind, your impact may be very different.

Go into this work expecting mistakes to happen. And sometimes those mistakes will mean that you have to bear someone’s anger or face rejection. I’m sorry to be the bearer of bad news – that’s simply part of this work. That’s why we all need lots of self-care and community-care – so that we won’t be destroyed when the winds threaten to blow us over.

Those mistakes don’t need to destroy us. They can become our teachable moments.

Instead of battling the mistake monster, we need to befriend him – take him under our wing and hold space for him until he’s brave enough to take off his monster mask and reveal that, underneath, he is “miss-take”, not monster. Once we do that, we can learn from the mistake, make reparations where we need to, and keep trying until we get it right. Eventually, the picture will emerge in focus and with the right amount of light.

The next time a mistake monster shows up, take a lesson from art therapy and draw a picture of him. Make him as ugly as you need him to be, but then give him soft eyes. Talk to that monster and let him know you’re willing to learn the lessons he has brought you. You will likely find that he will soften in the space that you hold for him.

← How to Hold Space for Children Leadership for times like these →